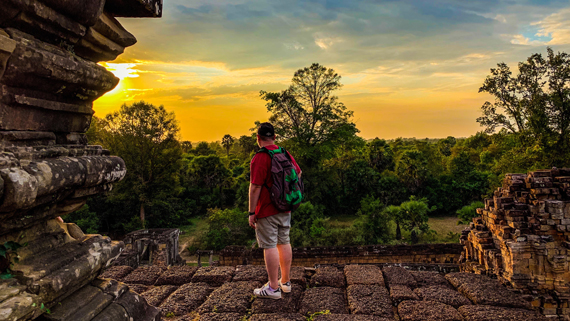 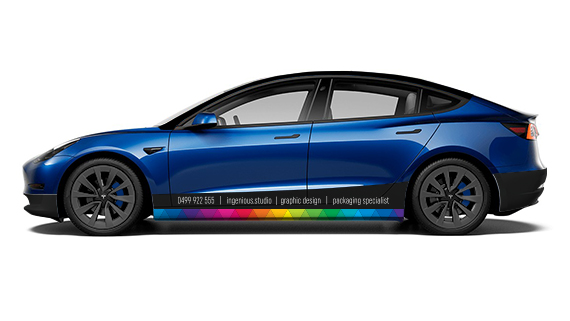 I was always a very curious boy. Always pulling things apart and putting them back together better than what they were to start with. I thrived on creativity. I was never satisfied with the status quo. I never wanted what other kids had, I wanted to make my own things or to personalise the generic to become the individual. It was in high school that my art teacher told me, in no uncertain terms, that I owed it to the world to become a graphic designer. I had no idea what that was but when I found out I was amazed that I could get paid to do, what was to me, a natural part of being.

After graduating from High School I went straight into my Bachelor of Arts University Studies. There I learned much about the art of communication. These were the days before computers took over the industry so it was practical theory that I am ever grateful to have been taught. We did exercises in eliciting emotional response with nothing but white sheets of paper. We did extensive colour theory, creative writing, photography, animation, cultural studies. I was singled out amongst all the students in the university to be trained on a brand new 3D animation computer of which there were only two in the whole country. Incredibly primitive by todayʼs standards of course (my watch has more computing power) but state-of-the-art for the time. The year I graduated they acquired a lab of Macintosh Computers and pointed at them and said, “One day we are pretty sure you will be doing your job on those but at the moment we have no idea how to use them.” Luckily I am an uber geek and took care of that myself.

I started as a junior designer at an Agency in Toowoomba in 1993. Initially the artwork I did there was all on drafting tables with paste boards, waxers, bromide cameras and other things that, depending on your age, you may not know a lot about. I was instrumental in converting the agency over to computers as I could see it was the future and I didn't want to get left behind. It was there that I first started on Packaging Design doing work for the likes of Logan Farm Frozen Vegetables, Cobber Dog food and Golden Cob Bird Seed. After a couple of years I moved to the Sunshine Coast and started with another agency here.

I then basically got head hunted away and back a few times between different agencies until I ended up as Creative Director at the largest of them where I stayed for many years and even bought into the company. During this time I continued to do extensive work in the FMCG product design area and came to be the go to guy for this work both on the coast and Australia wide. Eventually though I saw the writing on the wall for the traditional agency model and with a push due to some other circumstances we made the decision to close the agency. I went on to establish Ingenious Studio a small agile studio that specialises in FMCG packaging. Since that time my packaging work has expanded exponentially and I am doing more and more world wide work.

Don't be scared off by the push to packaging though. I do still enjoy logo design and all the other types of design work that I have enjoyed over my 29 years in the industry. If there is something that needs designing, guaranteed I have done it many times before. Please feel free to contact me and we can arrange a meeting to go over your needs and find some solutions.

P.S. Just by way of clarification as it may not be immediately apparent. My name is Andrew Waters but most people in my professional life know me by my nick name Muddie. It was my year 10 biology teacher (who was a Muddy Waters fan) that started calling me Muddie. At my first job there was another Andrew, so I got Muddie as a distinction, and it has followed me around ever since.